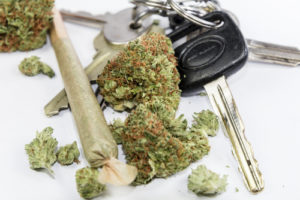 Have you ever been accused of being a criminal for carrying around marijuana in your pocket? Would you like that to change? If you do, then you’re in good company. Governor Phil Murphy agrees, and he’s not the only one. Thankfully, you and every other citizen of New Jersey will have an opportunity to get out to the polls and show your support for legalizing marijuana. Learn everything you need to know about this important vote below.

Marijuana’s Status is in a State of Flux

You’ve likely seen all the news reports touting the potential medical benefits of marijuana. New research and data have proven that marijuana isn’t the addictive, dangerous gateway drug that the government has made it out to be.

In response to all of these revelations, the public has been adamant about seeking out legalization. When New Jersey residents cast their votes in the last election for governor, they showed their support for legalization by electing Phil Murphy.

Since his election, Murphy has worked hard to push for legalization, but there just hasn’t been enough momentum to change the laws. If voters show their support in the upcoming vote, then the state’s constitution could be amended to decriminalize marijuana at the state level.

There’s also been a push on the federal level to remove marijuana from the Controlled Substances Act. Such a move would decriminalize the drug altogether. It’s important to remember, though, that any changes in the law will take time to go into effect. As it stands now, you can still get charged with a number of marijuana-related crimes including:

When you’ve been accused of any of these crimes, it’s natural to assume that your crime will be taken lightly due to all the support for decriminalization. It’s important to recognize, though, that the courtrooms won’t take your crime lightly. You could be imprisoned, fined or sentenced to drug classes if you get convicted of any of the above crimes. Reach out to an experienced criminal defense attorney if you have more questions about getting accused of a drug charge.

Have you been charged with a drug-related offense in New Jersey? A drug crime conviction can carry with it heavy fines, jail time, and driver’s license suspension! That is why it is imperative that you speak with a qualified drug defense lawyer about your case. Gelman Law represents clients charged with use, possession, production, distribution, and related drug offenses in Burlington County, Camden County, and throughout New Jersey. Call 856-474-1450 or fill out our confidential online contact form to schedule a consultation about your case. We have an office located at 1940 Rt. 70 East, Suite 4, Cherry Hill, New Jersey 08003.

The articles on this blog are for informative purposes only and are no substitute for legal advice or an attorney-client relationship. If you are seeking legal advice, please contact our law firm directly.