schedule consultation
Home / What Are the Penalties For Driving Under the Influence?

What Are the Penalties For Driving Under the Influence? 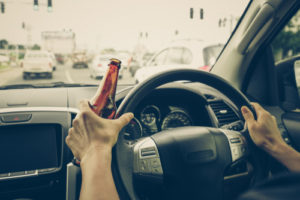 Consequences of a DUI

There are laws in place to prevent drivers from operating a vehicle while they are under the influence. The laws are not always the same and will usually vary from one state to the next. While some states could consider it a misdemeanor, other states consider this act a felony. If someone is charged with a felony, they will suffer greater consequences. These consequences could include spending years in prison for choosing to drive while under the influence of certain substances.

Depending on the state in which a person lives and is pulled over for DUI, the penalties may be more severe. If you’ve been arrested for a DUI, it’s always in your best interest to contact an attorney who can explain the penalties and what to expect moving forward.

If an officer has probable cause to pull someone over, he or she can then stop the motorist and ask that motorist to take a breath test or one of the other field sobriety tests. These tests make it possible for the officer to determine if the driver is under the influence and if it is necessary to bring the officer to the station to get booked. There have been instances where a person passes a test but is still arrested, but it all depends on the situation. An officer may feel like a driver is impaired because of his or her behavior on the road despite passing a field sobriety test or breath test. If someone refuses to take a test, an officer could arrest them as New Jersey abides by the implied consent rule.

Someone who has been arrested and charged with DUI before will face more consequences the second, third, and fourth time around. As a result, he or she could go from having their license suspended to spending months in prison for their actions. It would be best for anyone in this situation to find legal help right away by contacting a lawyer that can come up with a defense strategy.

Have you been charged with a DUI-related offense in New Jersey? A conviction can carry with it heavy fines, jail time, and driver’s license suspension! That is why it is imperative that you speak with a qualified criminal defense lawyer about your case. The lawyers at Gelman Law represent clients charged with DUI-related offenses in Burlington and Camden Counties, and throughout New Jersey. Call 856-433-1818 or fill out our confidential online contact form to schedule a consultation about your case. We have an office located at 1940 Rt. 70 East, Suite 4, Cherry Hill, NJ 08003.

The articles on this blog are for informative purposes only and are no substitute for legal advice or an attorney-client relationship. If you are seeking legal advice, please contact our law firm directly.